How to Manage a Dual-Career: “Do what’s right for YOU”, says Olympian Gorgs Geikie

“I managed all of my sporting career while I studied or worked”: 2012 Olympian Georgina (Gorgs) Geikie explains why it’s so important to do what’s right for you.

Gorgs’ road to the Olympic Games wasn’t smooth. University pressure never let up and, aside from one brief year, Gorgs’ entire sporting career was self-funded. Her coach retired as she was training for Olympic qualification… So how did she handle it?

Gorgs maintains it’s important to really know yourself and what works for you. As the only British woman to have ever won a direct quota place for Olympic pistol shooting, she must know a thing or two… 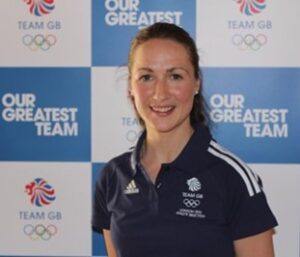 Pathway to the World Stage

Gorgs competed in modern pentathlon when she started studying Product Design at UWIC in 2005. Trying to study and train for five events became overwhelming and changes needed to be made.

“I had the conversation with my parents – do I do sport as a profession or product design? We decided together that I’d keep sport as a ‘significant hobby’ whilst I pursued a career path in design.”

At that time, however, there was no flexibility in terms of extensions or dispensation for her studies. “The uni never budged with deadlines. I expect it’s different now but that was quite a challenge.” With such a busy schedule, Gorgs decided to focus on just one of her disciplines from pentathlon – pistol shooting.

In 2005, Gorgs entered and won the British Championships. A year later, she was selected for the Commonwealth Games in Melbourne, where she won a bronze medal for England, in 10m Air Pistol.

“This was a turning point. I had achieved something huge, knowing I hadn’t even put 100% of my time into it. I knew there was potential for more and this really helped convince me to take it up as a career.”

Next Stop – the Olympic Games

Gorgs was still balancing her sport and studies when it was announced that London was to host the 2012 Olympic Games. With a definite ‘end date’ in mind, Gorgs made the definitive decision to commit herself completely to qualifying for the Olympics.

“I thought ‘Ok, so I can put my career on the backburner for a few years’. I had a window to give my sport the number one priority spot, so I wasn’t putting my career on hold indefinitely.”

Crucially, Gorgs was realistic about her ambitions. She chose modules that fit in around training for the 2010 Commonwealth Games in Delhi (at which she won bronze) and she accepted that a 2:1 was a success when she considered the bigger picture. After graduation in 2009, Gorgs moved back home to Devon to do everything possible to reach London 2012. 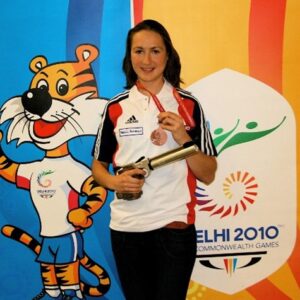 Other athletes on the British shooting team trained out of Bisley, Surrey, and lived nearby, but the place and the lifestyle didn’t suit Gorgs. She was also approached by the Army, who offered a dual-career package but, again, Gorgs chose her own path. “They weren’t best pleased when I declined their offer”, she laughs, “but that was what was right for me”.

After seven narrowly-missed attempts at qualification, Gorgs won her own quota place at the last opportunity, at the 2011 European Championships in Belgrade. She carried the Olympic torch through her hometown of Okehampton before competing for TeamGB at London 2012. 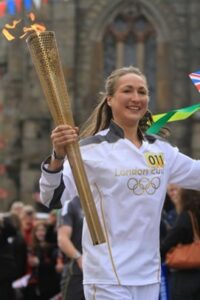 After all the pomp and hype of the Olympics, the Red Arrow fly bys, the Buckingham Palace Garden Party, and the rooftop bus tour around thronging London streets, it was time to dust off the career that had been parked for a while. “I knew shooting was never going to pay. I had to refocus – on my career”.

Despite knowing it was time to move forward, Gorgs struggled to draw a line under shooting, and she continued to dabble in the sport whilst she re-entered the world of work. After a year in marketing, Gorgs set up her own initiative, creating a schools’ pistol league in the south-west. It was voluntary, but British Shooting quickly picked up on the idea and began to support Gorgs.

“They could see I was a grafter and that I had personality traits they wanted to work with. They hadn’t always supported me in my career as an athlete, but I never burned those bridges. I’m a believer in that saying: ‘if you meet people on the way up, you’ll meet them on the way down!’”

Working on her schools initiative, Gorgs used her skills as an athlete to develop her post-competition career. In 2015, British Shooting gave her a full-time role.

It might seem that Gorgs’ degree in Product Design hadn’t been that useful but Gorgs explained: “Product design was all about seeing problems, finding solutions, fixing the problems, then packaging, marketing and selling a product. In my sporting career, I put this all to good use – I was the product. I recognised my own areas for development, found ways to improve, marketed myself to sponsors and so on. There were so many transferrable skills.” 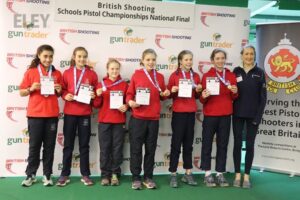 By 2015, Gorgs’ south-west schools’ initiative had become a nationwide event and the British School National Pistol Championship has thrived ever since. Gorgs also introduced Target Sprint to the UK – a running-shooting biathlon event recognised by the ISSF that had not yet taken hold in Britain.

Since London 2012, Gorgs had felt reluctant to leave to world of elite sport. At the 2016 British Championships, however, Gorgs stormed the competition and, atop the podium as national champion, finally found her moment of closure.

“At long last I felt comfortable that my life had moved on from competition. I could draw a line under it, whilst I was on that podium, and move forward with my career.”

She hasn’t picked up her pistol since. 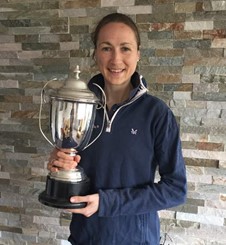 “My career is still linked to my sport but I finally felt ready retire from competition. Now, I help young athletes to achieve their goals.”

Now, Gorgs runs GB Target Sprint and the British Schools Championships. She’s created platforms to develop young talent and help grow pistol shooting as a sport across the country. As a result, more youngsters are picking up target shooting early on and the future of shooting in Britain has never looked brighter.

“Whilst I was an athlete, there wasn’t much in the way of performance lifestyle advice or career support. I’d definitely encourage athletes today to use those services and see how it can help them.”

At TTP, we know there are a lot of athletes like Gorgs who could benefit from more career-transition support. That’s why we’re here! If you’d like more information on a specific topic, or if you’re ready to start searching the job market, get in touch with us today at – info@thetransitionphase.com