Recently placed TTP Alumni, Mario Cox, shares his story on job hunting and the challenges of the application process

Recently placed TTP Alumni, Mario Cox, shares his story on job hunting and the challenges of the application process

“You’ve got to keep going, I’ve had quite a few setbacks, but you have to keep pushing and keep going forward, because something will come out of it like it has for me.”

Mario grew up with Football. Since the age of 5 he found himself on the pitch, encouraged by his dad at an early age to pursue the sport. Having been on trial at Aston Villa and Walsall, dedicating hours to the game he loved would eventually see him signed at Birmingham City where he played for their Academy until the age of 18.

At 18, he was released from the club and so decided to continue playing at non-league level. After persisting with long journeys and a lot of travel for a while, Mario decided that his football career was coming to a natural end. Then came his move to Loughborough University and the start of his futsal career as a super league player, and a staple part of the Loughborough University team that won BUCS Gold. 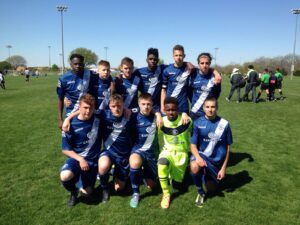 “I got released at 18 then started playing non-league, which didn’t really work out for me. That’s when I started playing futsal at Loughborough Uni. One of my lecturers at Birmingham College actually went to Loughborough and ended up playing futsal for England. I was really interested in doing that, so I went on to play futsal for Loughborough, and in my first season there, won the championship, the BUCS gold and I played in the futsal super league which is the equivalent of premier league in futsal.”

The job hunt and start of the transition

Mario studied Sports Science with Management, and in his final year, started working at a gym alongside his studies and sport. He worked there for the 12 months before graduating and receiving a promotion to assistant manager, taking on a more sales focused role. However, he explained that this turned out to be a fairly challenging time:

“With corona happening at that time, it really affected our business as we kept having to open and close which was quite a big hit. I was basically supporting myself and it got to a point where it wasn’t working out for me financially, so I had to move back home.” 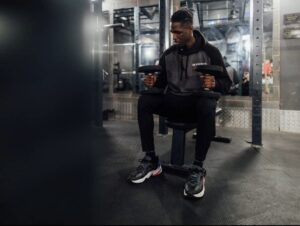 The next step after moving back home was to get back on the job hunt for something more secure and permanent, whilst still juggling part time work, which seemed to be a thankless task in those first few months.

“When I went home, I was picking up shifts here and there, whenever I could, working for an agency doing hotel housekeeping. However, I was searching and job seeking for all that time since I moved back at start of July this year. All that time I really just spent putting my CV out and trying to get into roles, and I was applying for a lot. I had a couple of interviews before TTP with Kickstarter programmes and things like that, but nothing materialised from them”

It was at this point that Mario got chatting with our Athlete Relationship Managers here at TTP, a welcome relief for some support through the application process he explains:

“When TTP got in contact with me for the first time, I was excited at the prospect of someone actually helping me to get into a job because I’d been on my own trying for all this time. After being contacted on the Tuesday one week, by the Monday of the next week I’d had my first interview.”

The former Birmingham City Footballer has now accepted a role and will be starting at the end of this month. When asked to reflect upon his own journey, he told us how our career guidance helped him to grow in confidence and prepare him for the recruitment process:

“I had a couple of interviews prior to being involved with The Transition Phase, and there’s only so much you can gain from searching online and looking at how to prepare for interviews, and it’s not specific to the clients you’re trying to talk to or the job roles you’re trying to go into. Having help with the style of interviews and interview questions was really helpful. Knowing what to prepare for and having all of those little tips really helped me out a lot. Knowing I had the answers boosted my confidence and I actually ended up getting so many interviews, I think I had about 4 or 5 first stages organised through TTP.  I really grew and felt so much better in that interview environment. Throughout the whole process I has so much more confidence than prior to speaking with TTP. Each interview I’d go into I’d be really nervous, but as I did it more, I started to show myself to employers in a more confident light.”

“I’m really excited about going into the area I’m going into, especially with what I’ve been doing the last few months. I’m excited for being in a job where I can actually make an impact, and it’s a much more social role, so I’m looking forward to meeting new people in the company. I’m also looking forward to relocating from Birmingham to London, I’ll find a club down there and see what my skills are looking like these days!”

Mario spoke honestly about some of the challenges he’d faced throughout his transition journey, and having been on such a rollercoaster, we asked him what advice he would give to other athletes going through that job hunting process:

“The biggest thing really is to keep going. You’ve got to keep going. I’ve had quite a few setbacks but you have to keep pushing and keep going forward, because something will come out of it, like it has for me.”

We were really pleased to hear that Mario is in a good place and ready to take on the next step of his career journey. Here at The Transition Phase, we have learnt from our own experience that there is a lack of support and help provided to athletes throughout their career transition. We want to change that. Get in touch today if we can help you tackle the next steps in your journey.