Following a stellar swimming career, Wallace becomes the latest athlete relationship manager to join the team at The Transition Phase

“Athletes are crucial to the working environment, and they can bring a lot to a business”

Scotland’s Dan Wallace has recently joined TTP as the newest athlete relationship manager committed to helping the next generation of athletes to transition into new careers.

The Olympic silver medallist called time on his career after he won bronze in the 4×100 metres and 4x200m freestyle relay at the Commonwealth Games at Gold Coast 2018.

We sat down with Dan to hear about his journey which started off at a small community pool in Edinburgh and culminated in the Olympic final, lining up against the likes of decorated US athlete Michael Phelps.

Can you recall the earliest memories of your swimming career?

“What I really loved about swimming from the get go was the competitive element of it. I was able to kind of raise people, and push myself. I think I was just naturally a competitor; with myself and with my teammates. I wanted to see how good I could be. That being said, there was never an ‘end goal.’ I just did it because it was fun. I liked being in the water.”

After taking to the water so naturally as a youngster, was there a pivotal moment in your development you recall, or a moment where you thought you could make a career out of swimming?

“There was a moment when I was 15, where I just started to believe in myself. It was never like, ‘oh, I can be the next, you know, Michael Phelps.’ But, I did start to think I could be good at this because I was training harder than anyone else in the pool.

Before the age of 15 I was never winning gold medals, you know, regionals, or Scottish championships or anything. Those medals didn’t come until I told myself there’s no reason why I couldn’t start wearing them. I started showing up at these big meets and I knew that I was putting in just as much work as them, and so I thought, ‘why can’t it be me that wins the gold medal this time? or makes the finals?”

Come the end of his high-school swimming career, Wallace took a big leap of faith, moving across the world to base himself at the University of Florida, training with and swimming for the Gators. After five successful years in the states where he became a multiple NCAA All-American, he returned to Britain to swim at Millfield in the run up to Rio.

Reflecting on his time across the pond, he told us it was the stepping stone he needed top break onto the international scene –

“Over there, I had some great progression in the domestic American competitions. In the first year I went over there, I made the B final, and it was great to see that my progression over the four years to go from making that B final, to making the final, to become a national champion in 2013 in my third year, and then to Captain the team in my last year.

So that progression within my team was really cool to see, but then also on the international stage too. I developed as an international swimmer as a result of the work I was putting in in Florida. In my second year there, I went to make my first Commonwealth Games team which holds some great memories for me.”

The Commonwealth Games you’re alluding to was the 2014 home games in Glasgow, tell us what it was like to compete there as a Scotsman?!

“It was amazing. I got to swim in front of my closest friends, family, schoolmates, and the general public that were, you know, attached to me in some way because I was Scottish. It was so great to have the crowd, with almost all of them on my side. What made it even more special was to come away there with a Gold Medal, Commonwealth record, and two more silvers and that really kind of kick started my international success.”

Indeed, following the 2014 games Wallace went on to compete at the 2015 world championships, and subsequently found himself lining up in an Olympic final in Rio the following year –

“For every swimmer and everyone that takes part in the Olympic sport the dream is to be an Olympian. In 2016 I actually only made the Olympic Games by the skin of my teeth. I didn’t have a great competition leading up to it, I didn’t have a great trials, but I’d proved myself enough that I was good enough to make the team and I was selected to be a part of that team GB Olympic team. To be able to compete at the Olympics, not only against former teammates and other team GB athletes, but against the best in the world, was truly amazing.

To paint the picture of what it felt like –  I was in the lane next to the Brazilian swimmer, who was a favourite to win a medal and the entire swimming arena was chanting his name for about three minutes before the race. It was the loudest I’ve ever heard a Stadium in my life. Everyone was thrown off because it was usually quite quiet at the start of a race. But the Brazilian fans were loving the chance for them to win a medal and the energy before the race was incredible. I had to stay focused, in that setting, lining up for the biggest race of my career.”

The mental toughness he showed was rewarded as Wallace was a member of the British quartet which claimed silver in the 4x200m freestyle relay at the 2016 Olympic Games, along with team-mates Stephen Milne, Duncan Scott and James Guy.

The Olympic medallists long and successful career came to it’s pinnacle in 2018 following his last Commonwealth Games in the Gold Coast. There was nothing more Wallace he could take from the sport, he told TTP – “Gold Coast was all about enjoying the last moments, the last Games, and the last chance to represent Scotland.”

Reflecting on your retirement, how did you find the transition and what challenges did you face during this period?

“When I look back to 2018, when I was retiring, I was really just trying to figure out who I was, if I wasn’t Dan Wallace the swimmer, then who was I or who did I want to be. And I think that it took a lot of adjustment. But what was really important for me was to realise that, I will have the skills of an athlete, I’ve always had the mindset of an athlete, and I think that I was too quick to try and separate myself from that.

All athletes have these great skills that they need to appreciate and identify as soon as they can. I was a bit naive, and maybe didn’t realise my strengths as an athlete would also help me in later in life. That’s something that I didn’t pick up on quickly enough. I didn’t waste time, but I certainly applied for jobs or tried to find careers that weren’t going to fulfil me, and I wasn’t going to excel.

So the transition period had highs and lows but, I feel very fortunate that I ended up in the position I’m in now, because it’s somewhere that I’m going to thrive. It’s something I love to do, working with athletes.”

Tell us, what is life like now for Dan Wallace? What are you doing and how are you finding it?

Like I mentioned, my own transition was far from perfect and I could have done things better, and it was such an important point in my life I definitely became a better person from going through my transition, and I know now being on the other side how I can help others in a similar position. I feel very fortunate to be able to help other athletes with their transition.”

On the topic of athletes and helping them with their career transition, what are your final words, advice or anything you’d tell your younger self?

Looking back, what I would say to myself and actually what I would say to any athlete in a similar position, is ‘back yourself when you retire, or when you want to explore a new career. You have so many strengths, it’s just about finding the right experience with the right people – and hopefully now I can be a part of that support here at The Transition Phase.” 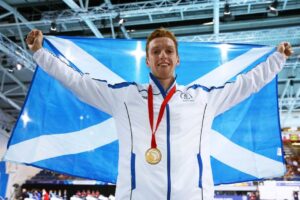 Welcome on board Dan – so excited to have you as part of the TTP team!