“I’m in recruitment” often gets a reaction out of the questioner. There’s a clear stigma; but as TTP alumni Ellie explains, that stigma isn’t always justified. She tells us why a career in recruitment can be the perfect opportunity for individuals from a sporting background.

From London to York to Leeds…

Brought up in London, Ellie decided she needed to get out of the hussle and bussle of the city and so headed up to York for University, where she would join the University squash team;

“For the first 2-3 years I was playing number 4 for the union in the squash team. It was going well and I really enjoyed it, but I got to my final year and thought  “I’m at uni once, and I really want to join a team sport”. That’s when I transitioned over to rowing.”

Ellie explained how her outlook changed as she approached her final years of studying, and her desire to pursue a team sport for the sense of comradery and enjoyment it offers.

“I threw myself into rowing from September of final year and in the march of that academic year I trialled for a place on the GB rowing start programme which is essentially the talent id programme funded by the national lottery. I went to the assessment day and absolutely loved it. We underwent a load of testing, weights and aerobic capacity, that sort of thing. I found out the week after that I’d got a place on the programme…but it was going to be in Leeds.”

This left Ellie with a tough decision to make, should she move to Leeds and go full throttle into rowing or should she divert some of her time and focus to working part time around her training commitments?

“After a lot of deliberation I decided I was going to move across to Leeds from York and throw everything I had at sport, to give it my best shot and train full time. I was there for about two years and it was THE most incredible thing I’ve done in terms of, everything it taught me. It’s influenced everything, from how I think to how I operate as a person, I don’t think I realised how much rowing taught me until I made that transition and stepped away from the sport.”

Listening to how passionately Ellie spoke about her time in the GB rowing set up, we were keen to learn why she made the decision to transition away from the sport.

“I got injured about a year and a half in, it was kind of one of those ‘don’t really know what’s going on, what is it?” situations where I was left in the dark. After having sport  that taken away I was in no man’s land. It was very eye opening, you could speak to anyone from my family and anything I did was always dictated by rowing, and so when rowing wasn’t there it was like ‘what’s next?’

“Six months before I made the decision to stop rowing, I started speaking to The Transition Phase. The team were so helpful, but also there was no pressure there. We had those conversations that needed to be had, they asked me ‘what do you enjoy’ and ‘what did I see for myself moving forward’ and ‘did I have any idea about this or that?’ …And to be honest I had no Idea. I had studied finance and economics at uni and so was exploring finance graduate schemes, but in hindsight that absolutely would not have suited me at all. I like meeting people, I am a very driven and competitive person. Come the summer of 2021 I wasn’t willing to pause my life for sport any longer, and started talking seriously with TTP about transitioning from sport and my options, and that’s how we came to recruitment as an interesting option.”

There is a stigma that transcends the recruitment sector, and you’ll often here words such as ‘targets’ and ‘pressure’ associated with a career in the industry. Indeed, Ellie herself had her own hesitations and expectations of what it might entail

“Being honest, my parents were hesitant, and I think it is a sector where you know very quickly if you love it or not, and if you have a skillset that aligns. When I tell people that I work in recruitment, I’m used to seeing the grimace, but now I can explain that while the reputation may be negative, it isn’t always justified. Recruitment when done right, can be a dream rather than a nightmare.”

“The stigma is that it’s incredibly cutthroat, and you have to hit your KPI’s or you’re out of the door, and there is no focus on you or your development, which is why probably to begin with I was worried it wouldn’t be for me. But I’ve had my eyes opened and a completely different perspective for me now.”

6 months down the line…

Ellie is now six months into her career at an executive search firm, performing extremely successfully and establishing herself as a key part of the Mergers & Acquisitions team. We were keen to learn whether her perceptions of the industry had changed now that she has experience under her belt?

“I have learnt so much since I’ve come through the door. I am speaking to such fascinating people every single day. That’s definitely the best thing so far, the ability to interact with interesting people every day, but also working with a group of like-minded people.”

“Having come from a sporting background I’ve now realised how well suited a career in recruitment is to former athletes. One of the big things for me is the ability to handle pressure. It’s fair to say recruitment sometimes does come with specific targets that need to be met, but it’s how you handle that. If you’ve had a sporting background you understand pressure, and the mentality that comes with it.”

Reflecting on what it means to have a career in recruitment, we asked Ellie is she had any advice for athletes thinking to transition into the industry, here’s what she had to say –

“My first piece of advice would be to put the stigma to one side and just welcome that conversation about what it involves. ‘Recruitment’ covers so many different types of recruitment companies, Executive Search is an area which gives you that opportunity to be so client facing, and relies upon the relationships you build with people. Different companies operate in different ways so it’s about finding the right fit for you. It’s absolutely not what you hear or read in the papers so to speak. So, just go into those conversations open minded, as really the skills and attributes that are built on and grown throughout sport I honestly believe align incredibly well with recruitment and the recruitment industry.”

Thanks Ellie for giving such an honest and upon account of what it is like to work in recruitment. For further insights on different career paths and what it takes to get there, get in touch with TTP today! 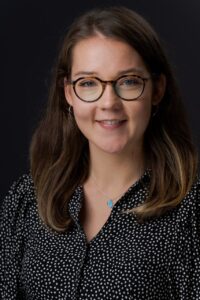